For a year now various people have suggested I play at this festival in Buenavista, Tenerife, as if we dj-types initially  decide where and when we play.
So thanks to whoever it is that decided to take the gamble this year. Now it’s up to me to deliver what my supporters & friends have been talking about.

Famille Bou Bess will also be doing their thing, and we should have some extra bottom end courtesy of a man called Pedro alongside Ventor de la Guardia (Species) on percussion.

The folks out Buenavista / Los Silos way are especially into keeping their environment somewhat clean, and this festival, as with the Festival Boreal three weeks later in Los Silos both have environmental themes to them.

No cigarette butts on the beach please, gracias. 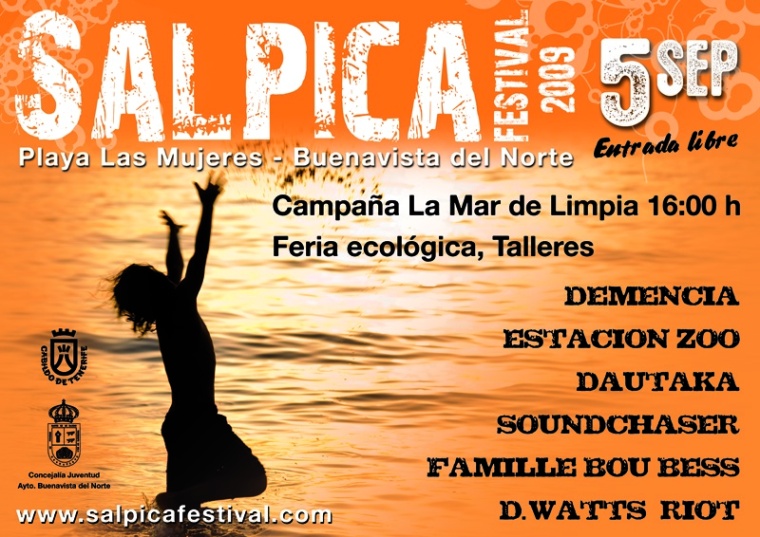