Fuck you Gaslamp Killer. Think your bad huh?  (You are actually, but let’s pretend I don’t think so) There’s a track on your mix cd  ‘Hell And The Lake Of […] 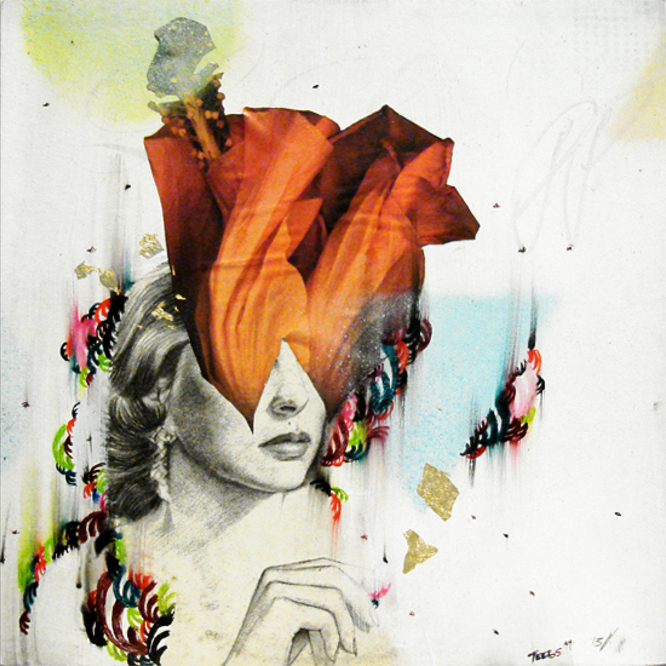 Think your bad huh?  (You are actually, but let’s pretend I don’t think so)

There’s a track on your mix cd  ‘Hell And The Lake Of Fire Are Waiting For YOU!‘, that has captured my fullest of attention, and as you recall, you purposely did not include a tracklisting.  Hence for two years I’ve been wracking my brain wanting to know who did what, what more they got.  Well that agony is over motherfucker.

You see, there is somebody  that I don’t annoy, they likes me, hence the promo of the upcoming Brainfeeder release by Teebs bum rushed my inbox.   Brainfeeder, yeah Flying Lotus’  label, you may know of them, anyway, now I know, that unknown track that you taunted me with is on it.

‘Why Like This?‘ kicks off the three track single occupying the state of bliss, riding your heart via a steady thump of a beat, rising synths, sampled coins adding a silver tinge or hue, distant voices calling out in the keyboard fog.

The press release is  gracefully  appropriate, devoid of BS….As a creator of vibrant, ethereal forms in soft focus, “Why Like This?” is the tonal counterpart to the hazy alternate world conjured up in Teebs’ visual forms – A field recording from Heaven. “Arthur’s Birds” meanwhile, is a dreamlike soundscape, full of effulgent ambience in reversed sequence – the rewinding of a distant memory.

‘Arthur’s Birds’ is special, once again a thumping mighty ounce bounce of a beat and gorgeous instrumentation following the gravitational pull of a distant entity.

Hey Gaslamp, I read your not as much as an asshole as you used to be, good, your learning from our mistakes.