Just updating my Resident Advisor page blah blah and they got an interview with Raz Mesinai, the man behind Badawi. Badawi’s ‘Final Warning’  EP has been in my record box […] 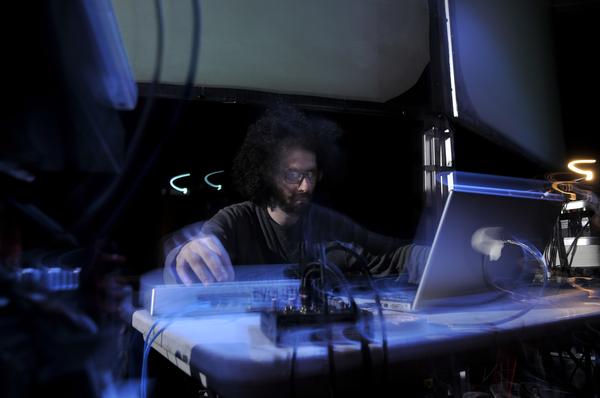 Just updating my Resident Advisor page blah blah and they got an interview with Raz Mesinai, the man behind Badawi.

Badawi’s ‘Final Warning’  EP has been in my record box for a good ten years, not sure how it’s survived, but yeah, essential t’ing dat.

Great story about when he met John Zorn, who we dig here.

I met Zorn at a fundraiser for this venue called The Cooler. I was playing percussion on this wooden box that was running through a Line 6 and distortion pedals and stuff. I came off the stage afterwards and he said, “Who the fuck is this kid with that fucking box? What the fuck was that?” Just screaming at me and laughing his ass off. I was like, “Oh my god, this guy’s a prick, who’s this guy?” He had Tzitzit, which is what Orthodox people wear, but he had no yarmulka—he’s a total enigma and a wonderful guy. So I went up and pulled the Tzitzit and was like, “What the hell is this?” and everyone in the room was dead silent, like you could hear a pin drop, and he left and went to play and someone was like, “Do you know who that is?” “Who?” “John Zorn!” “Oh.”

Later on I started listening to his music and I started realizing what a big deal he was. One day he came to a show that I was doing, and he said he wanted a record. I said, “Oh, do you want a Badawi record?” and he was like, “Fuck that Badawi shit! I want something new, I just want you to explore, just go as far out as you can possibly go—just use your abilities and try to come up with something new,” so I did the record Before The Law. It was a pretty amazing experience—it changed my life.