Brothers and sisters opting out of a raw deal

I normally take a recorder to capture dj sets, however there is always something falling foul of the correct alignment of the planets: forgetting the press the record button, running […]

By Ear Conditioning Posted on December 22, 2015 No software was used for the generation of any sound. All sounds made by, on, or through solo electric guitar. Improvised and recorded live. There is a part on this […]

By Ear Conditioning Posted on November 29, 2015

Apologies to the listeners in Sarajevo, I had this session ready for last Saturday’s excursion via eFM, however there was no innernet connection out Botnik way where I was for […]

The  Bug Man took some time out from the studio and touring to have a holiday.  Where better to come than here? K-Mart is definitely one of the hard working […]

Mix up, mix up. Jumped all over the Kode9 mix for the Essential program on BBC and the xlr8r give-away that i linked to yesterday.  Extracted the Kode9 produced joints […] 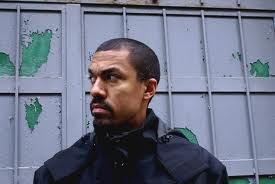 Morgan Craft – For the love and return of Music

For the Love and Return of Music.  By Morgan Craft Music has been sold out.  Finally this elephant in the room will be talked about and acknowledged, so let’s not […]

By Ear Conditioning Posted on February 2, 2011

It started with me looking for a sample from the DJ Food album, ‘Recipe for Disaster’ to chuck into the set at Rollercoaster last weekend. Then in conversation with Studio […]

By Ear Conditioning Posted on September 14, 2010